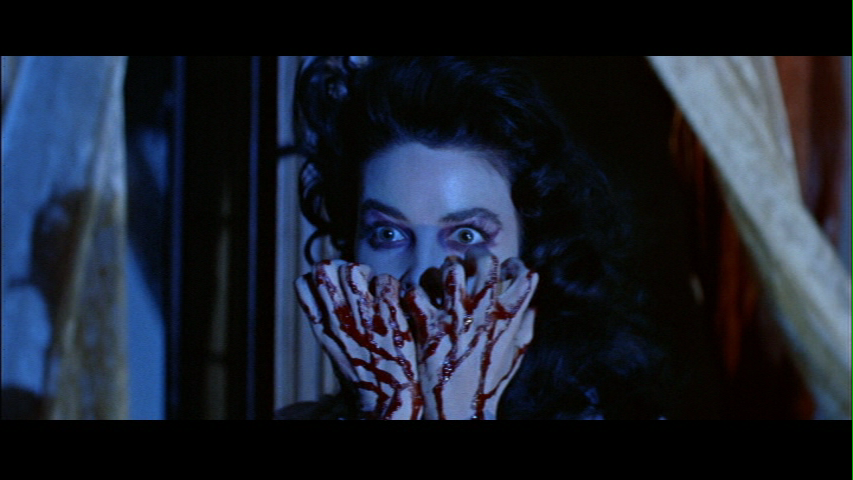 Everybody who follows film on the internet knows Mr. David Cairns. He hosts SHADOWPLAY, one of the finest film websites and probably the most original. David approaches online media as a separate medium and for the four years or so which I have followed the website, its innate unpredictability made each post a daily event, even when it was an established series such as Intertitle of the Week, Quote of the Day or mini-series such as Hitchcock Year or Borzage Week. Its inimitable style made its choice of links, fonts, backgrounds and juxtaposition of images inseparable from its wide-ranging content. Genuine eclecticism is on display in every single post. Even when Mr. Cairns approaches a traditional film subject (say Psycho), his exploration of the film is never conventional and rote. Indeed he manages to extricate the everlasting freshness that every great masterpiece carries with it, making regular Hitchcockians revisit this landmark film. He continues to post on his page every single day always remaining fresh and original. What is evident and inarguable in every post is the fact that more than his love for film is the fact that he truly loves writing about it. This real love for art is what separates the genuine writers from films such as Manny Farber, Jonathan Rosenbaum, Raymond Durgnat, Francois Truffaut, Jean-Luc Godard from regular reviewers and able stylists.

On International Shadowplay, partisans are tasked with selecting their favourite post and sharing it online. As a card-carrying Shadowplayer (this post being where I came in) its really hard to pick a single favorite. For right now, I'll settle for this one. It has everything I love about SHADOWPLAY.

It's Let the Eagle Soar. As part of Hitchcock Year, David traced the proud Cockney's career from beginning to end over the course of a year, each week covered one of his films. The fact that Hitchcock's second official film, The Mountain Eagle, is lost did not stop Mr. Cairns. Oh no! He decided to go ahead and restore the film, pioneering and patenting the now widely used practise of "Dream Restorations". That is a film print does not exist, dream it, will it into being. The extent to which cinema can penetrate into people's lives, their dreams and memories returns us to Plato's Allegory of the Cave, an allegory which Bernardo Bertolucci likened to a blueprint of a movie theatre. All of which suggests that if history was altered and we longer had the words "film", "cinema", "movies" to refer to it, Shadowplay would be a pretty good alternative.

Mr. Cairns' favorite film-makers lean towards the image fabulists, he has written eloquently on Welles, Sternberg, Hitchcock, Lang and of course Michael Powell. Genuinely stimulating and original ruminations on cinema, aided by good-natured and much needed rustling up of the established canon(such as Mr. Cairns' case for the neglected Julien Duvivier) makes SHADOWPLAY a fun website as well as a fount of scholarly research on cinema.
Posted by Arthur S. at 3:20 AM 4 comments: